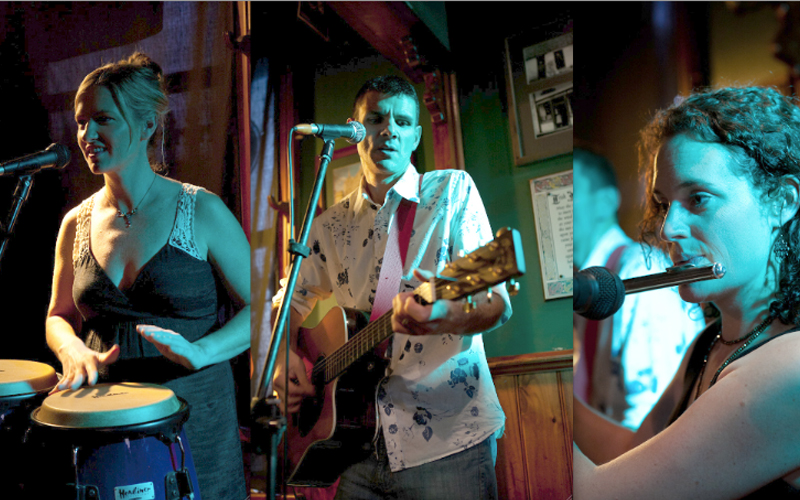 The J Band have played quality live music covers around Geelong, the Surfcoast and Melbourne for the past 12 years.  The J Band perform mostly at weddings and private events, playing classic hits from the 60’s, 70’s, 80’s 90’s and now.

Jason has been working professionally as a musician in various outfits for over 18 years.  He has recorded and produced seven albums, and performed live nationally and in several states in the USA. He has supported Renee' Geyer, Russell Morris, Brian Cadd, and Jo Camilleri.  He was also the feature performer at Skilled Stadium in front of 30,000 Cats fans after they won the Grand Final in 2007.  Jason performed his original song, “Year Of The Cat”.

Jane (flute/backing vocals) has a music degree (honors) from the University of Melbourne and has extensive recording and live performance experience both in Australia and the USA.

Nerida (percussion/backing vocals) has been playing in bands for over 15 years.

You can also book The J Band as a duo, (or Jason as a solo act) for pubs, restaurant bars or other such venues.